On the Human Condition

Home > Books > On the Human Condition 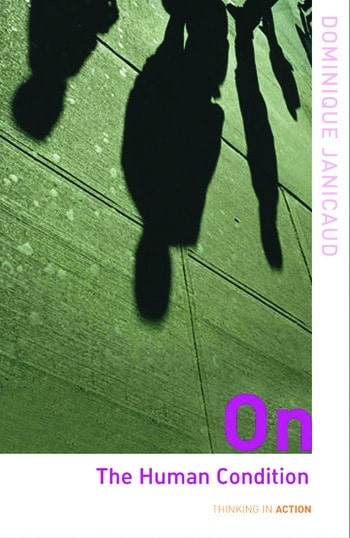 On the Human Condition

The potential to clone, augment, and repair human beings is pushing the very concept of the human to its limit. Fantasies and metaphors of a supposedly monstrous and inhuman future increasingly dominate films, art and popular culture. On the Human Condition is an invigorating and fascinating exploration of where the idea of the human stands today. Given the damage human beings have inflicted on each other and their environment throughout history, should we embrace humanism or try and overcome it?

Dominique Janicaud explores these urgent questions and more. He argues that whilst we need to avoid apocalyptic talk of a post human condition, as embodied in technology such as cloning, we should neither fall back on a conservative humanism nor become technophobic. Drawing on illuminating examples such as genetic engineering, the novel Frankenstein, the legendary debate between Sartre and Heidegger over humanism, and the work of Primo Levi, Domnique Janicaud also explores the role of fantasy in understanding the human condition and asks where the line lies between the human, inhuman and the superhuman.